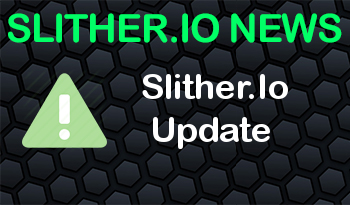 Snake-chasing game Slither.io continues to rule the App Store, comfortably sitting at the top spot of the free games charts. Despite this amazing success, the developer doesn’t seem intent on resting on his laurels and has continued to improve the game.

This latest update, which has just gone live, has added a new joystick control mode, which makes it even easier to control that ever-growing snake, and a boost button that should help you get that sudden burst of speed exactly when you need it. The update has also added an AI mode where you get to play against numerous AI snakes. This is a good training mode because it lets you try different ways of killing other snakes without the intensity of PvP.

I’m glad to see developers care about the quality of their games. Steve Howse could have easily just let the game rampage the App Store and not bothered to fix anything. And yet, this is the second time he’s added an additional control scheme, which shows that he wants players to enjoy his game as best as possible. Not a bad work ethic, I think.
Source: http://goo.gl/hYIvce