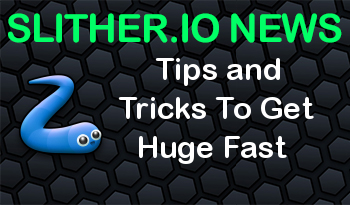 Here are some important strategies I use to get big, with examples from a video of me getting to 190k. (with a zoom hack, which makes the strategies easier to do, and easier to see)

1) Turn on OS-level “pointer trails” for your mouse. It makes the mouse pointer much easier to see while playing. You can find this in control panel mouse settings (windows), or preferences mouse settings (mac).

2) corpse-hunting: Especially in the start, I focus less on killing, and more on catching corpse food killed by someone else. less riskier this way. example

3) safe-running: When in a crowded space, I often find it safer to continuously boost. That way no worm can surprise me by going faster than me. I aim for gaps away from the direction worms are headed. While I’m not trying to surround, sometimes opportunities present themselves. example

4) figure-8 surround: As you move, any turns or coils in your worm cinch down, meaning they decrease in radius. The longer you are, the more time they have to cinch down. Because of the cross-over point in a figure-8, it cinches down harder than a circle surround. It also makes your surface area bigger so you are harder for another predator to surround. In the example, watch how the secondary-loop starts small, but then grows as the prey-loop cinches down. On the prey loop you are free to safely follow exactly on your tail, as long as you make the secondary loop bigger each time, the prey-loop will cinch down tighter. example

5) figure-8 second capture: While figure-8 surrounding one worm, you have the option to change the secondary-loop to capture another worm. Just be sure to reach the cross-over point before your tail does. example

6) surround-threat: when a large worm has a surround on prey, I don’t try to do a risky surround. I threaten the surround, causing them to run away. This cinches down their tail, and usually kills their prey, which is then ready for me to eat.

7) edge ai-worm hunting: sadly, I spend a good amount of time near the edge eating dumb ai-worms. When ai-worms reach a certain mass, they flee to the outer edge. Once your worm is large enough, they can’t see around you and get “stuck” as soon as they run into you. They also don’t try to kill you, so they are easy to surround and kill. example

8) edge squeeze: if there is a large human enemy worm near you on the edge, you can stop him from following you by “squeezing” yourself very close to the edge of the playfield. I do this by aiming my worm at an angle and letting it continue straight until I’m close to the edge, then pull away. At worst, this prevents him from following you, and at best he runs out of room to turn and dies into you or the edge. example