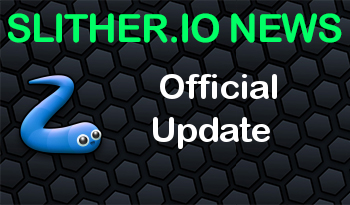 We always hoped that people were going to enjoy slither.io, but we didn’t realize how quickly everyone would discover it. On March 30th, the game quietly launched here in the United States. Without any type of paid promotion, and within just a few days, people were playing from all over the world! Fan mail written in hundreds of languages flooded our inboxes.

Because so many people started playing all at once, we swiftly learned we were going to need servers in nearly every developed country on Earth! This was a good problem to have, but it was still a problem. Players experienced lag and were occasionally shut out by servers at maximum capacity.

Dealing with the lag

All week, the team has been working around the clock to roll out new servers across the world. We have also been implementing code changes to make the game run much smoother. We’ve pushed most of these changes to our North American servers, and we soon plan on deploying these changes worldwide.We are so very thankful and appreciative of your patience while we continue to add servers to improve the speed.

Since the game has reached mass appeal, we’re now working on a low-resmode that will run much smoother on slower computers. In the meantime, we suggest closing unnecessary programs and tabs when playing slither.io to help improve your frame rate.

We’ve been in the top charts on both the App Store and the Google Play Store all week with 0ver 2,000,000 downloads! We are amazed at the positive reaction we’ve had: 4½ out of 5 stars on Apple and 4 out of 5 stars on Google!

App development will continue alongside our web development. We want the experience to be great for all players across all devices.

Feature requests, suggestions, and other feedback

We are looking into these ideas, but for now, our focus is on making the existing gameplay smoother for everyone.

New features will be coming — and many of them! We plan on rolling out additional features on a regular basis to keep the gameplay fresh. We hope you’ll be happy with what we have planned for the future.