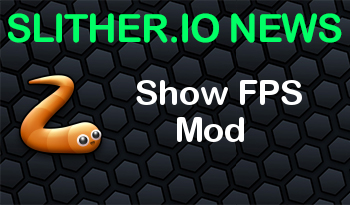 I made a mod for Slitherio. It requires Grease-/Tamper-/Violentmonkey to run, and it can be installed from Download button. (Its named that, as the fps display was the first feature in it). The code is completely human-readable from the file.

To join your friends, have them give you their server ip and port (it will be shown by the overlay), insert it into the IP-Address:Port field (as x.x.x.x:yyy), click Go!, then play game. You will now be in the same server. To find each other, you can use the coordinates shown in the overlay. the higher x is, the further to the right. The higher Y is, the further down. You’ll figure it out.

I did not test the script with Opera yet, just Firefox and Chrome. Gimme heads up for bugfixes. If its popular, I’ll add more features for sure :).