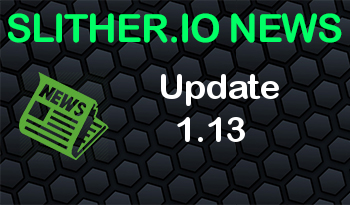 Since our last update, we have been working diligently to improve performance and gameplay by adding more servers. Now that we have deployed plenty of servers, we are able to start addressing other issues and building new features.

The main issue that we want to tackle first is lag/internet latency. At this time, lag is rarely caused by our server infrastructure — we have enough servers to meet global demand. By working directly with users who have contacted us by email, we have identified various upstream routing issues in Australia and Europe. In these areas, somewhere between the player’s Internet Provider and our datacenter, the connection is being lost.

Because our servers are assigned IPv4 addresses, computers with only IPv6 addressing will experience a slight delay as their computers must go through a 6to4 relay. This mostly affects LTE play (mobile play) as well as many computers in the South East Asia region. We are aware of this issue and are working to resolve.

This is a real-time game which requires a properly-configured home network that supports WebSockets. For many of our players, it’s the first time they have really tested their own home network. Many things can cause problems; an old router, old modem, misconfigured firewall, intermittent connection, and wireless interference can cause lag in the game. Furthermore, anti-virus, anti-malware, and ad-blocker programs may block and filter our WebSockets, which causes slither.io to lag and in some cases not work at all! We are working on a tool to help you diagnose these issues so that you can try to pinpoint what is causing your lag.

Aside from internet latency, there is another type of lag: browser render lag. This is when your computer is struggling to keep up with the game. We recommend that you disable all add-ons, extensions, and plugins when playing slither.io. You should also close all other tabs and programs to free up computer memory. We recommend that you do not play slither.io with Internet Explorer. Other browsers are much better!

We are working to optimize our mobile app as well! Some of the issues we will be addressing are 1). random lockups/freezing, 2). freezing when big snakes appear on screen, and 3). the “rate this app” popup that keeps appearing. We’re very sorry about that popup! We didn’t do that on purpose.

In addition to these bug fixes, we are also going to be adding two features to the mobile app:

Theses are just some of the features we are working on based on feedback we have received through social media. We plan to include many other features the community has suggested in upcoming releases as well!

As a response to many questions we’ve received from the community, we made this short tutorial to explain how to access custom skins, make the game perform better, and utilize the new low quality graphics mode.