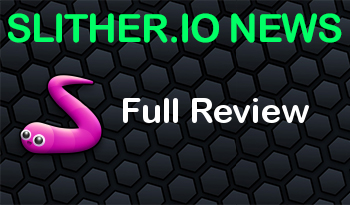 Looking for your next gaming addiction? For being so simple,Slither.io is sure to keep you hooked.

Sometimes the simplest games prove to be the most addicting. For classic Snake fans (like me), Slither.io is a dream come true. This free multiplayer game is available on PC browsers and on both mobile platforms.

Once upon a time, there was a wee snake named Thad…

There is no story. Once you hit play, you start out as an itty-bitty snake in a cruel and competitive world. The game does allow for some customization, though. You can equip a variety of skins to give your snake some flair.

Be forewarned, this game is addicting as hell. Minutes can easily turn into an hour (or three) once your competitive streak kicks in. Although you can definitely see influences from both Snake and Agar.io, I like Slither.io a bit more than both. It opens upSnake’s self-competing structure to include additional players, and it is much more visually appealing (and less creepy in my humble opinion) than Agar.io.

Your mission? Collect colorful, glowing balls to help you grow. Sounds innocent and easy enough, until you see a coil from a gargantuan snake loom on the edge of your screen. For something so simple, it does manage to instill a sense of dread.

Your task is simple: Grow as much as you can as fast as you can, avoid being entrapped by other snakes (some of them are crafty bastards), and try to take out a few snakes of your own to increase your stats. Fortunately for you, we have a guide to help you rock snaking in Slither.io.

For my part, there were a fair share of victorious “huzzahs!” when I took out the biggest and baddest snakes. There were also long strings of curse words as I watched my 4,231 record go down the drain via a 213 twerp. The multiplayer arena adds just enough unpredictability to keep the game interesting. Unlike Snake, you can run into and over yourself without fear of losing, however make for damn sure you don’t run into other snakes. Also, beware the coil of doom. You’ll see what I mean…

I prefer to play the game on the PC due to improved visibility. You use your mouse to guide your reptile across a honey-comb wasteland, and you can hold down your left mouse button to sprint. A large screen comes in handy when an area is jam packed with snakes trying to take each other out. Using the mouse can get a bit funky at times (as there is a bit of boost and lag), but for the most part, controls are pretty consistent. I only wish you could use a keyboard as an alternative to the mouse.

Unless you have a mobile device with a large screen, your finger will get you into trouble more often than not. Although the controls and ability to turn seem much tighter on a mobile device, you lose crucial visibility. When things get chaotic (and I guarantee you, they will) seeing where you can maneuver to get out of harms way is important.

If you’re well on your way to being addicted to Slither.io, try out both and find what works for you. Deep down, you know your soul’s desire is to pop up on that leader board.

In closing, you can’t go wrong with this game. It’s easy to pick up, carries the thrill of a Slther io PVP, and gives you a chance to compete against your old high-score. As for this gamer, I’m not gonna’ stop til I reach the top.

What was your longest length? Share in the comments below!