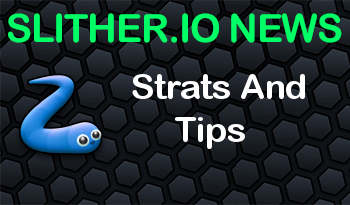 When your small (pre 10k) you go to the center and aggressively take pellets and attack bigger snakes (estimate their direction and turbo boost in front of them). You will die every now and then, but thats ok pre 10K, because its actually not that hard to get.

After that move away from the center and stop taking risks. No longer use turbo boost when eating pellets because you will end up bumping into small snakes. And start tactically moving around snakes trying to circle them. Greed kills!

Usualy I get around 40k each game now once I get past 10 / 15k, and then get bored and start taking risks again. When staying very patient and no greed or risks, I took it to 82k yesterday, then I kinda lost focus and died.”

It’s a valid strategy but generally too risky. People will start coming at you to make the kill at some point. (I know I would)

What I propose you do is something that at some point makes you nearly invincible at the cost of time.

1) Do whatever it takes to get your score to 10k in the middle of the map. Usually it takes me about 5 tries. This will probably place you in the top 10 too. Nice. Meaning that there probably aren’t many snakes that could circle you. Especially in the middle where there are other snakes constantly on the way.

2) You stay in the absolute center of the map and start going in circles. Indefinitely. That’s all. Make your ring as wide as possible, maybe some extra wiggling room so you won’t break the circle. I usually leave around 5 seconds of movement worth of tail overlapping.

You stay in the center because most snakes spawn there, meaning more battles happen around you and you can eat the fallen snakes while you make your rounds. Also, the pebbles appear more often in the center so you also eat passively while doing these rounds. At about 30k size I gained 150 per round. Also, many snakes still try to circle you. They ultimately fail and leave a ring around you with free pebbles. Usually you can eat a few of them yourself. Just keep going.

I got a score of 87539.6 a few minutes ago and no-one could touch me. I died only due to overextending and another worm got between me and my bath back to the circle. Gotta watch out for the small (~500 point) snakes moving chaotically in turbo mode. Do not take any big risks. Just extend by the maximum of your head width at all times. It’s not worth risking taking the fresh pebbles of a dead worm if you can’t get back into the circle in under one second.

Another funny thing is that my circle was closed all the time, but at about 40k size I had other snakes spawning INSIDE my circle. At some times I had 3 of those maggots wandering around. They ate the inside pebbles and saw the inevitability and crashed into my wall, giving me extra food.