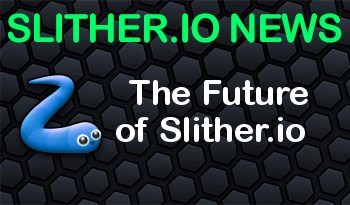 Everyone is still obsessed with the massively multiplayer snake-flavoured battle game Slither.io. Including us.

So! To find out more, we had a chat with the creator of the game, Steven House, to find out where it came from, what’s next for the game, and how to race your way up the leaderboards.

Pocket Gamer: How did you create Slither.io?

Steven Howse: A few years ago I had the idea to make a massive multiplayer snake / worm game. The only option in those days was Flash, though, and I didn’t want to use that, so I gave up on the idea for a while.

Once it became clear that WebSockets were stable enough for an HTML5 game, I decided to finally create Slither.io.

The hardest part of development was making each server stable enough to handle 600 players at a time.

I am really glad it worked. I like to have players feel like they are in a giant realm instead of a tiny claustrophobic box.

Slither has led to rivalries between 4chan and Reddit, and thousands of YouTube videos – what has been the most surprising outcome of the game for you?

What surprised me the most was how fast it became popular.

I made one halfhearted post to a gaming forum and thought no one would notice or care about the game. I thought I would be lucky if 50 people ever played it.

A few days later, though, there were all these people with millions of subscribers already doing Let’s Play videos, and I couldn’t believe it! It grew so quickly after that!

What are your best tips and strategies for players who want to climb to the top of the leaderboards?

The strategies I have learned in the game are:

I’m not sure my tips are the greatest, because I am just an average player compared to the pros who are already out there.

Can you tell us about any features you plan to add to the game?

The next feature we plan to add is a friend play mode, plus a way to select the server you play on.

Do you plan to continue updating and building on Slither.io, or are you already working on a new game?

My team and I will keep working on improvements and new features forSlither.io.

We haven’t begun work on any new games yet, but I would like to create more massive multiplayer games in the future. For me, they are as fun to create as they are to play.