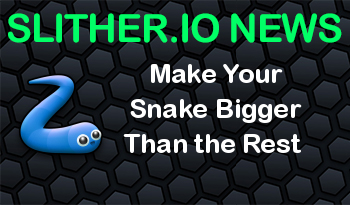 Make Your Snake Bigger Than the Rest

Slither.io falls in to that category of games that are quite easy to pick up, but take quite a bit of skill to master. Become bigger is your goal in Slither.io, but to do so while surviving is no easy task. Here’s a few tips and tricks that might help turn things into your favour. If you continue to die even after all these, remember that practice and a bit of luck are your friends. #1 Stay by the Big Guys. Big snakes make big kills, and you want to be around when those big kills are being made, so you can eat up the orbs in their wake and grow big. This is because when you’re small, you’re a lot more nimble and can manoeuvre better than the big snakes, which means that you can quickly eat up the stuff they can’t even get to.

#4 Get Multi-Kills when you can. Don’t just encircle one snake, encircle multiple snakes. You should especially do this after you’ve made a kill and you see other snakes rushing to grab your victim’s remains. Roll around them like you’re a living piece of sushi and get those precious multi-kills.

What are your favourite tips and tricks for Slither.io? Let us know in the comments below.